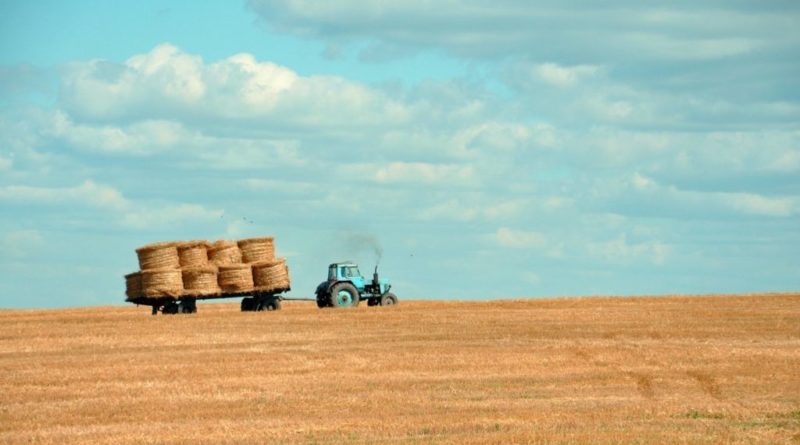 GMO is a genetically modified organism which has been altered to be resistant to pests and herbicides. While there are clear advantages to produce GMOs, it still exists doubts about possible harmful consequences. GMOs can lead to severe negative effects on the environment (such as worsen biodiversity, increase contamination, etc.) and health (such as cancer, allergic reactions, antibacterial resistance).

Therefore, it’s necessary to be aware of how to adopt a healthy diet in order to protect your health and the environment.

Here are 6 GMO foods to avoid to have better health. Corn is the most genetically modified organism all over the world. If its use differs in many countries worldwide, GMO corns have many health and environmental effects.

Firstly, corn is a high-risk plant in terms of genetic contamination. Some species of corn such as 2-4D is classified as an endocrine disruptor. Beyond the health issues, it exists an environmental threat. Indeed, corn has continually become stronger and stronger to resist the herbicide glyphosate. Farmers have to use more effective pesticides because of the high tolerance to the herbicide.

Corn is difficult to avoid because several foods come from it such as oil, flour, flakes or semolina, used in the composition of pieces of bread, breakfast cereals, cereal bars, beer.

Soy is one of the GMO foods to avoid to have better health. Indeed, livestock feed uses soy crops.

On the health part, soy can be responsible for allergic reactions to people who are highly sensitive to GMO foods. Another threat as part of the environment is the herbicidal danger like the one of corn. Soy crop becomes more and more resistant to the herbicide glyphosate. So, farmers have to use stronger pesticides. Rice is one of the foods to avoid to have better health. Indeed, scientists modified rice’s gene whether to increase the iron content of rice or to add more vitamin A in it.

The latter called golden rice is one of the most serious matters in Africa and Asia. In fact, this process could at long term contaminate the natural rice and generalize GMO in countries in development.

Sugar beet is the main ingredient in several foods in the shelves of supermarkets.

The use of herbicide-tolerant sugar beet crops has led to the development of resistance and the emergence of “superweeds”. Henceforth, there is a vicious circle regarding the use of pesticides, whose impacts are significant for the environment and for consumers.

If you are looking to avoid GMO sugar beet, then buy foods that contain sugarcane, date sugar or other non-GMO sugar. Other GMO foods to avoid to have better health is the potato. In fact, several genetically modified potatoes were created for several purposes including the resistance to pesticide, the decrease of their dark colour and the prevention of browning and bruising. However, the GMO potatoes can tend to accumulate at least two toxins that are normally absent in GMO-free potatoes. The problem is that most agri-food companies don’t label their potatoes if they contain GMOs or not. Which means it’s difficult to differentiate between GMO and non-GMO potatoes.

Eggs, meats, or milk foods, that we usually eat, come from an animal that has been fed on GMOs. Let’s focused for instance on milk. Many cows get injected with growth hormone in order to increase milk production. It’s extremely harmful concerning health because it can boost the risks of breast and colon cancer. This same process can be done for other foods from animals fed on GMOs.

How to avoid GMOs, then?

So many negative points that really make difficult for us to be able to live and eat healthily.

But, don’t worry, there are several ways to avoid GMO foods.

Firstly, it’s important to eat organic food that is full of natural vitamins, minerals and other nutrients for the health. However, the mark ‘natural’ on the product doesn’t mean that it does not contain GMOs. In fact, it can still contain a certain percentage of GMOs. So make sure that the label specifies that the product is 100% natural.

Furthermore, buying product verified and labelled as GMO-free is one of the ways to do so. Nevertheless, most agri-food companies aren’t obliged to notice if the product contains GMOs or is derived from animals fed on GMOs.

Eat many fresh and frozen foods whose most of them are GMO-free, exempt corn, beets, zucchini, among the most important.

Besides, one the best ways to avoid GMO foods to have better health is to restrict processed foods consumption. Most processed foods have GMOs. Foods like these are full of additives and preservatives. Plus, they contain a lot of ingredients, it’s thus very difficult to trace their origin and the use of GMOs.

Finally, make your own research about GMO-free foods around where you live. Consult online sites to find companies that don’t use GMOs. Buy and shop to local groceries and stores known for their ethics as well as organic labelled products.

Nowadays, it’s necessary to be aware of the effects of foods that we are eating in order to have better health and to protect the environment. GMOs is a hot matter that can lead to a serious impact on the health and environment.

Among the most genetically modified foods, we can count corn, rice, sugar beet, soy, potatoes and finally dairy foods. Therefore, after knowing which GMO foods are eventually hurtful for your health and the environment, there are several ways to avoid them. Eating organic foods, avoiding processed foods, buying GMO-free labelled food are some the best ways to avoid GMO foods to have better health.

Then, you can enjoy delicious and healthy meals to have better health!

Newairz: How being healthy can save the planet?

Photo of Corn by Andre Ouellet on Unsplash.

Image of Rice by Annie Spratt on Unsplash.

Photo of Potato by Lars Blankers on Unsplash.