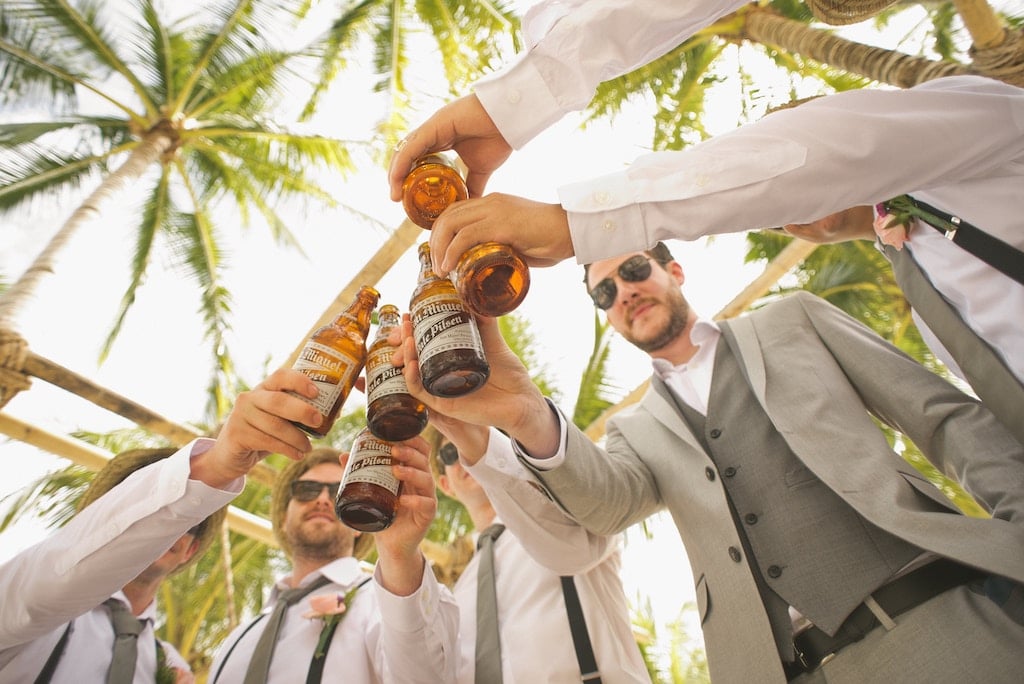 We’ve all had a hangover at least once, and we all could agree to say that is not pleasant right? There’s no real cure for hangovers but you have ways to reduce them and their disagreeable effects on our body and mind.

You can find in this article different ways to prevent hangovers and to have less nauseous and unpleasant feelings.

So, you will enjoy your day after your party and be able to do some other things and might be able to perform like any other day!?

Let’s sip a drink and let’s get deep in!

Drink a lot of water

As you probably aware, drinking water is one of the most well-known way to prevent hangover.

Indeed, known to be a diuretic, alcohol make you pee more and dehydrate yourself at the same time. It the case for example when you begin to drink a lot of beers, you can see that you get to the “Lou” often but you still have the feeling to drink more of it.

The dehydration can contribute to headache, thirst and fatigue. So, to feel better and avoid these results, just drink water!

TIP: When you are in a party, we advise you to drink a glass of water between two alcoholic drinks. And before going to sleep, you can drink another glass of water as well. You can even drink a bottle of it, and have it really close to your bed.

It’s really important to drink water to support/fight the quantity of alcohol and not only during the morning after.

Read –> The Most Hydrating Drinks

–> How much water should you drink a day When you go to bed drunk, the quality of your sleep will be necessarily poorer.

Moreover, you certainly will sleep later, that’s why your sleep will be disturbed. In addition, you will wake up later and you’re going to be out of sync with your usual sleep schedules.

But, a poor sleep doesn’t contribute to the hangover, it will just enable more fatigue and irritability. Its major role is to recover your body to be healthier when you will wake up.

It’s one of the different ways to prevent hangover.  Moreover, to sleep better, you can read this article.

TIP: Even if you wake up later than usual, we recommend you sleep enough after drinking some alcohol to help your body recover. Also, sleeping a restful night the day after could be very beneficial for your mind and body.

Read –> How much sleep you need We know that’s a “cliché” but it’s still one of the best way to prevent hangover as well, even if “everybody’s know”.

The less you will drink, the better you will feel yourself the following morning. Furthermore, the severity of hangovers increases with the amount of alcohol you drink.

After the quantity of alcohol, we advise you to prefer drinks less in congeners (dark alcohol). When there is the sugar-fermenting, it appears more ethanol (alcohol) but congeners as well.

Then, the intensity and frequency of hangovers are increased by these types of drinks high in Methanol (one type of congener).

The colourless drinks like vodka, gin or also rum are the ones with the lowest level of methanol. Here we go, now you know what to prefer when you look with big eyes behind the bar counter.

TIP: We really advise you to pay attention to the number of drinks you take. It’s the better way to prevent hangovers. And if you have no preferences about the different drinks, vodka or colourless drinks are better than whiskey for instance. More than the dehydration, hangovers could be associated with low levels of blood sugar.

Hypoglycemia is not the major cause of these hangovers but it can increase the risk of it.

That’s why it’s important to have a nutritious breakfast or lunch. However pay attention, it doesn’t mean you can eat everything to prevent them and to be in a better health.

You can take some healthy snacks during the day as well, because hangovers cause nausea and indeed, it doesn’t necessarily make you hungry.

The breakfast is also the moment to drink enough water to respond to the dehydration.

TIP: When you wake up after a party and you have a hangover, try to have a nutritious breakfast but without too much fats. A well fill up breakfast with fibres could help you to stay in shape. Have a drink the following morning

Wait a second, read the following.

It could be a strange idea to drink alcohol when you have a hangover but treating it with another drink is a famous remedy told by some of our old grand father.

So here is “why”: when you drunk, your body converts methanol in a highly toxic substance which can be responsible of hangovers. Indeed, take another drink can inhibit the conversion process.

Instead, methanol is discharged harmlessly from your body via your urine.

Drink a lot of water to rehydrate you and to pee more can enable this fact as well. It’s one of the most “paradoxical” ways to prevent hangovers.

TIP: You can try this method to see if it works for you. But only one glass, the objective isn’t to continue the party! Hope you are happy to know what you can do during and after your next party to prevent hangovers if you will drink alcohol.

Drink in moderation will necessarily help you to avoid them, but try to pay attention to drink enough water and to sleep enough. The next morning grab a great nutritious breakfast, and hopefully you will be able to do more things than usual!

Last Tip: Alcohol is not really healthy so, pay attention to your consumption as you hear so often.

6 thoughts on “5 Ways to Prevent Hangovers”